Coronavirus updates: ‘The minute we opened, it was like COVID didn’t exist’ – National News

(NEW YORK) — A pandemic of the novel coronavirus has now killed more than 509,000 people worldwide.

Over 10.4 million people across the globe have been diagnosed with COVID-19, the disease caused by the new respiratory virus, according to data compiled by the Center for Systems Science and Engineering at Johns Hopkins University. The actual numbers are believed to be much higher due to testing shortages, many unreported cases and suspicions that some governments are hiding the scope of their nations’ outbreaks.

Since the first cases were detected in China in December, the United States has become the worst-affected country, with more than 2.5 million diagnosed cases and at least 129,544 deaths.

Here’s how the news is developing Tuesday. All times Eastern:

In Alabama, more than 10,000 new cases of the coronavirus have been confirmed just in the last two weeks, state health officer Dr. Scott Harris said Tuesday.

More than 900 people have died in the state, Harris said.

Alabama’s safer-at-home order was set to expire on July 3, but Gov. Kay Ivey said Tuesday she is extending the order to July 31.

The state is not “overwhelmed yet,” but “we are still in the thick of this virus,” Ivey warned.

She pleaded with residents to wear masks and said social distancing must apply to 4th of July celebrations.

Florida has now topped 150,000 cases of the coronavirus, with over 152,000 people diagnosed as of Tuesday, according to the state’s Department of Health.

Miami-Dade County has recorded its highest total in the last two weeks with 1,591 and now has a positivity rate of 17.7%

New Jersey, New York and Connecticut are asking travelers from 16 states with high coronavirus numbers to self-quarantine when they arrive back in the tri-state.

The three states are asking people to self-quarantine for two weeks, with the exception of seeking medical care and to get food and other essential items.

10 a.m.: Fauci, others to warn of ‘tremendous burden’ on health care system this fall

In a Senate hearing Tuesday, Dr. Anthony Fauci, the director of the National Institute for Allergy and Infectious Diseases, and other top health officials are expected to warn of a “tremendous burden” that the U.S. health care system faces this fall if seasonal flu and COVID-19 are circulating together.

“While it remains unclear how long the pandemic will last, COVID-19 activity will likely continue for some time,” the prepared statement said. “It is also unclear what impact the ongoing COVID-19 pandemic will have on health care and public health systems during the upcoming influenza season. If there is COVID-19 and flu activity at the same time, this could place a tremendous burden on the health care system related to bed occupancy, laboratory testing needs, personal protective equipment and health care worker safety.”

Still, the officials are expected to stick to their suggestion that the decision to open schools be left to each community.

“We told those folks that have concerns that they stay can home. But those who want to come join us, we will be giving out free face masks if they choose to wear one,” Noem said in a Fox News interview with Laura Ingraham. “We won’t be social distancing, we’re asking them to come, be ready to celebrate the freedoms and the liberties we have in this country.”

Noem added that she’s told residents to focus on “personal responsibility” and that everyone should make a decision “that they’re comfortable with.”

The event will take place on July 3.

Brooklyn Nets center DeAndre Jordan announced Monday that he has tested positive for the novel coronavirus.

Because of the diagnosis, Jordan said he won’t be joining his team for the restart of the NBA season in Orlando, Florida next month.

At least 107 new cases of COVID-19 have been linked to a bar in East Lansing, Michigan, officials said.

The Ingham County Health Department is asking anyone who went to Harper’s Restaurant & Brew Pub between June 12 and June 20 to quarantine themselves for 14 days since their visit and watch for symptoms.

The infected individuals are between the ages of 16 and 28, and none have been hospitalized so far. Most of the cases have had mild symptoms, with 28 people having no symptoms at all. At least 40% are Michigan State University students or recent graduates, officials said.

Just 12 of the cases are from secondary transmission, meaning people who were in contact with a primary case but did not go to the bar themselves, officials said.

In a statement posted to Facebook last week, Harper’s Restaurant & Brew Pub announced that it has decided to close temporarily to implement a program to eliminate lines and to install air purifying technology. The bar said it had reopened at 50% capacity on June 8, according to the governor’s executive order.

The growing cluster of cases has prompted Ingham County officials to issue an emergency order reducing restaurant capacity to 50% or no more than 75 people, whichever is less. Restaurant capacity was already restricted to 50% of normal seating, but there was no limitation on the number of patrons.

“Large crowds are difficult to control,” Ingham County health officer Linda Vail said in a statement Monday night. “By allowing no more than 75 people, restaurants and bars will be better able to enforce social distancing and the use of masks and face coverings. I strongly encourage all bars and restaurants to strictly enforce safety measures and to do all they can to help stop the spread of coronavirus in our community.”

“The minute that we opened, it was like COVID didn’t exist and people just forgot and, in some cases, are still forgetting,” Suarez told ABC News chief anchor George Stephanopoulos in an interview Tuesday on Good Morning America.

“You know, the city of Miami was actually the last city in the entire state of Florida to open,” he added. “I got criticized at the time for taking too long, some said.”

Miami is now the hardest hit city in Florida’s novel coronavirus outbreak as cases spike across the Sunshine State. The mayor said his office is doing everything they can to control the spread of the virus.

Miami and a handful of other cities in Miami-Dade County have now made it mandatory for people to wear face masks in public at all times, which Suarez called “a no-brainer.” Miami has also implemented fines for those who don’t follow the rule. Meanwhile, businesses that are found not following coronavirus protocols will be shut down for 10 days on the first occurrence, 15 days on the second occurrence and 30 days on the third occurrence.

Hospitals in Arizona are reaching capacity amid a surge in coronavirus cases, according an internal memo from the Federal Emergency Management Agency.

The memo, obtained by ABC News, states that both Flagstaff Medical Center and Little Colorado Medical Center have had zero “medical-surge availability” since June 24. Patients are being directed to hospitals in Yavapai and Maricopa counties, according to the memo.

Coronavirus-related hospitalizations across Arizona have nearly doubled in the past two weeks, while intensive care units are at 88% capacity.

The number of COVID-19 cases in Arizona has jumped from 13,000 on May 15 to 74,500 on Monday, while the statewide death toll has nearly doubled in the last six weeks. More than 1,500 people in the Grand Canyon State have died from COVID-19.

Australian officials will reimpose lockdown restrictions on a number of suburbs around Melbourne, as the country’s second-largest city grapples with a spike in coronavirus infections.

Beginning at 11:59 p.m. local time on July 1, a stay-at-home order will take effect in 10 postal codes in the Melbourne area that have been identified as community transmission hotspots for the novel coronavirus. The lockdown will remain in place at least until July 29, according to a statement Tuesday from Daniel Andrews, premier of the southeastern Australian state of Victoria.

“I know this will be terribly disruptive and difficult but if everyone sticks to the rules and we see transmission come down, then in four weeks the restrictions can lift,” Andrews said.

Residents of the affected postal codes will only be allowed to leave their homes to shop for food and supplies, to seek and provide care, to exercise, and to study or go to work — if they can’t do so from home. Businesses and facilities in those areas that have recently reopened, including beauty salons, gyms, libraries and swimming pools, will once again be restricted. Cafes and restaurants will again only be open for take-away and delivery service, Andrews said.

“Very clearly, this is not where we wanted to be,” he added. “I understand people are tired. We’re all frustrated. We all just want things to go back to how they once were. And the sooner we all do the right thing, the sooner we can beat this.”

Just under 8,000 people in Australia have been diagnosed with COVID-19 and at least 104 of them have died, according to a count kept by Johns Hopkins University.

The World Health Organization is sending a team to China to investigate the origins of the novel coronavirus.

“We can fight the virus better when we know everything about the virus, including how it started,” WHO director-general Tedros Adhanom Ghebreyesus said during Monday’s press briefing in Geneva.

The very first cases of COVID-19 were identified in the Chinese city of Wuhan last December, months before the rapidly spreading outbreak was declared a pandemic.

Tedros said the investigative team will travel there next week.

“We hope that will lead into understanding how the virus started and what we can do for the future to prepare,” he added.

More than 41,500 new cases of COVID-19 were identified in the United States on Monday, according to a count kept by Johns Hopkins University.

The latest daily caseload is up from the previous day, but still lower than the country’s record high of more than 45,000 new cases identified last Friday.

The cases include people from all 50 U.S. states, Washington, D.C., and other U.S. territories as well as repatriated citizens.

By May 20, all states had begun lifting stay-at-home orders and other restrictions put in place to curb the spread of the novel coronavirus. The day-to-day increase in cases then hovered around 20,000 for a couple of weeks before shooting back up to over 30,000 and then crossing 40,000 last week.

Nearly half of all 50 states have seen a rise in infections in recent weeks, with some — such as Florida, South Carolina and Georgia — reporting daily records. 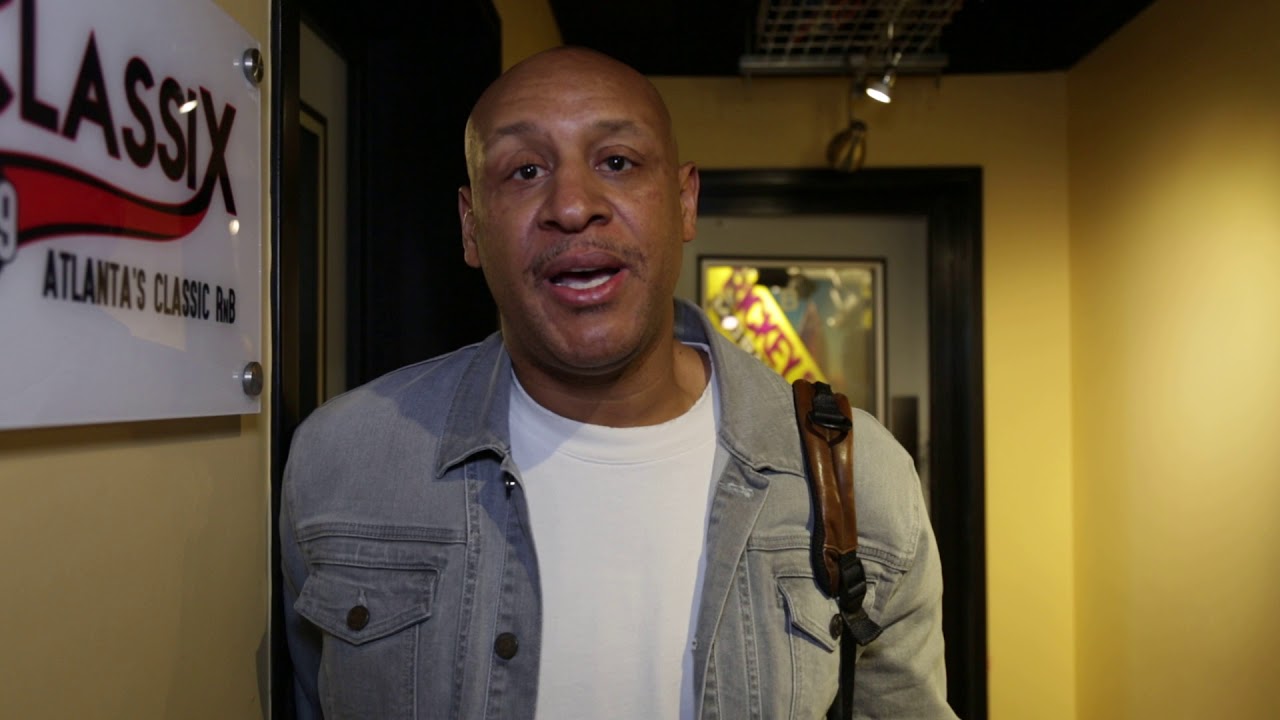