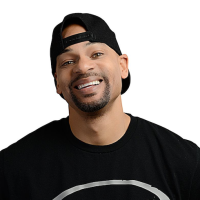 On The National Syndicated Rickey Smiley Morning Radio Show, Rock-T is the show’s sports editor, known for his mischievous “Jokes of the Day” and other playful antics. Rocky began his career as a pro baseball player with the New York Mets. After 4 years in Professional Baseball, he transitioned to Dallas radio where he contributed #1 On-Air Ratings on K104fm & 97.9 The Beat in every Time Slot: Morning Drive, Mid Days, Afternoon Drive and Nights. He Launched his Television Career as host of the popular hip hop series, “Dance Club 21” which aired on CBS Affiliate TXA 21. Now you can see Rock-T Daily on the #1 Ranked TV Show “DISH NATION” on FOX TV. In addition to national radio and television, Rock T has been host to several national programs and events such as the 2011 Sprite Step Off Competition, Coca Cola at Essence Festival, McDonald’s Flavor Battle, NFL Superbowl, Kobe vs LeBron Sprite Uncontainable event at NBA All Star, NBA Jam Session, Red Bull King of the Rock, McDonald’s CIAA Super Saturday, Vitamin Water, Verizon Wireless, AT&T and Metro PCS. He is Founder of The Rock-T Youth Foundation which Powers STOMP WARS, The Nations #1 Rated Youth Step Competition & Teen Summit. His Annual HOOPS FOR HOPE Youth Basketball Tournament draws over 150 teams from all over the country. The Rock-T Youth Foundation is a non-profit organization providing positive influences for youth, dedicated to breaking the bondage of mental imprisonment and writing new productive chapters through artistic mediums and athletics. Rock-T is the Ambassador of Success For Teens- S.W.A.G. youth program, M.O.B. (Mothers Opposing Bulling & KP Scholars,making a phenomenal impact in school districts across the country. Rock-T Lives by the motto: “NO EXCUSES! GET IT DONE”! WEBSITE: WWW.ROCKTHOLLA.COM 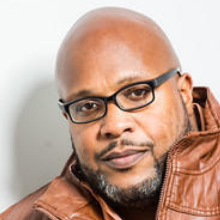 Born in Kingston, Jamaica and bred in the New York City borough of Brooklyn, Chubb Rock -- known for his authoritative and nimble flow, as well as an imposing frame -- was a key rap artist of the late '80s and early '90s. He attended Brown University but abandoned his pre-med studies in favor of a music career. 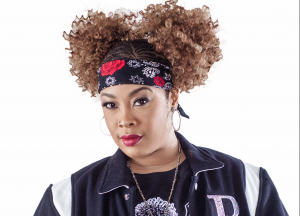 Da Brat was one of the first of a new breed of hard-edged female MCs to hit the hip-hop scene during the '90s. Although sexuality was certainly part of her image, it wasn't as important to her as it was to Lil' Kim or Foxy Brown; instead, Da Brat made her name as a tough, profane rhymer whose hardcore attitude and lyrical skills were never in doubt. 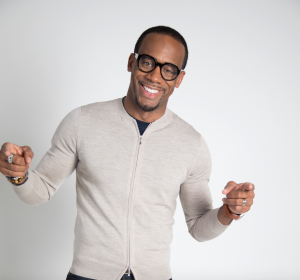 Jeff Johnson has contributed commentary and analysis about issues related to race, politics, popular culture and socio-economics for a litany of top tier media outlets that include CNN, Fox News, BET and The Dr. Phil Show. He continues to provide weekly commentary on the nationally syndicated Rickey Smiley Morning Show tackling issues on politics, entertainment and social policy issues for its 8 million listeners.