George Floyd’s family meets with Biden, lawmakers on policing reform
President Biden met with the family of George Floyd at the White House Tuesday for over an hour on the one-year anniversary of Floyd’s death, as well as with key lawmakers involved in policing reform negotiations.  The path forward on Capitol Hill for the George Floyd Justice in Policing Act remains unclear, but negotiators say they’ve made progress and expressed optimism this week about its prospects.  Biden himself said he was “optimistic” lawmakers would reach an agreement on policing reform sometime after Memorial Day.  Outside the White House, attorney Benjamin Crump, who represents the Floyd family, said Biden told them he’s not looking for a “rushed” reform bill. The Floyd family returned to Capitol Hill later to meet separately with Democratic Sen. Cory Booker of New Jersey and South Carolina Republican Senator Tim Scott, the latter of whom declared lawmakers are “making progress” on the legislation and promised the family that legislation would be named after Floyd.

Manhattan district attorney convenes special grand jury in Trump probe
The Manhattan District Attorney’s office has convened a special grand jury that could decide whether an indictment is warranted against former President Donald Trump or his eponymous company, sources familiar with the matter told ABC News.  The DA has used previously empaneled grand juries during the investigation into the way Trump properties are valued to obtain loans or lower tax bills.  However, if there are going to be criminal charges, the special grand jury is the one that would make that determination.  Empaneling a special grand jury suggests the case has reached an advanced stage, but as yet there have been no charges filed.  Potential witnesses have been contacted in recent weeks about appearing before the special grand jury, the sources told ABC News.  Trump has insisted he runs a clean business and has called the investigation a “witch hunt.”

Latest reported COVID-19 numbers globally per Johns Hopkins University
Global diagnosed cases: 167,898,407
Global deaths: 3,487,458.  The United States has the most deaths of any single country, with 590,994.
Number of countries/regions: at least 192

Latest reported COVID-19 vaccination numbers in the United States
The Centers for Disease Control and Prevention reports a total of 359,004,955 COVID-19 vaccine doses have been distributed in the U.S.  Of those, 287,788,872 doses have been administered, with 164,378,258 people receiving at least one dose and 131,078,608 people fully vaccinated, representing 49.5% and 39.5% of the total U.S. population, respectively. The Moderna and Pfizer/BioNTech vaccines each require two doses to be effective.  The Johnson & Johnson vaccine requires a single dose to be effective.

White House touts 50% COVID-19 adult population full vaccination rate
The White House COVID-19 Task Force is taking a victory lap, announcing that 50% of the adult U.S. population is now fully vaccinated against COVID-19.  The latest numbers from the Centers for Disease Control and Prevention show 50% of the population aged 18 and older is fully vaccinated, a total of 129,054,480 people.  Additionally, the White House said 25 states and the District of Columbia have fully vaccinated 50% or more of their adult population, while nine states have recently crossed the threshold of 70% of adults who’ve received at least one shot.  Currently, 61.6% of the total 18+ adult U.S. population has received at least one COVID-19 vaccine dose, according to the CDC.  Dr. Ashish Jha told ABC’s Good Morning America Wednesday, “We have never done this in the history of America. No country has gotten this many people vaccinated this quickly.”

CDC updates COVID-19 deaths projection
The Centers for Disease Control and Prevention has updated their forecast of COVID-19 deaths, currently projecting the U.S. will see a total of 596,000 to 606,000 fatalities by the week ending June 19.  The previous forecast was for a total of 594,000 to 604,000 by the week ending June 12.  The forecast represents a continued decrease in the number of daily COVID-19 deaths.  Data compiled by Johns Hopkins University puts the current total number of U.S. coronavirus deaths at 590,994. 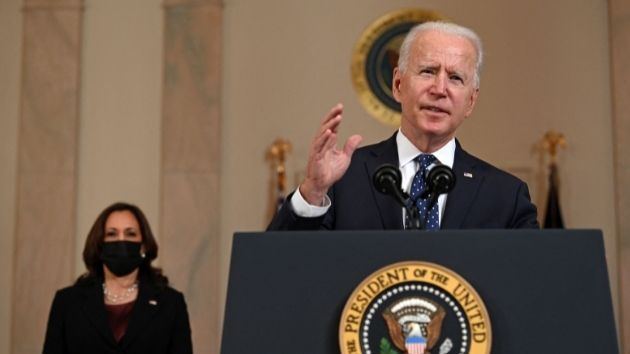 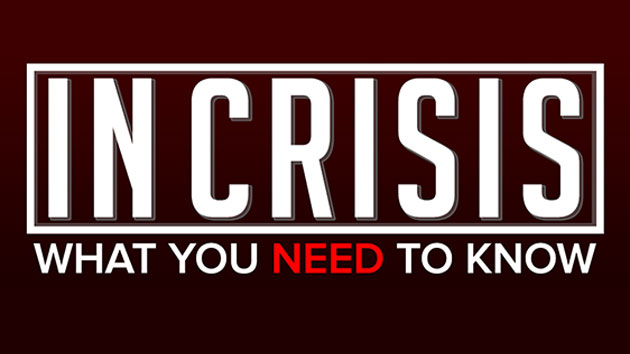 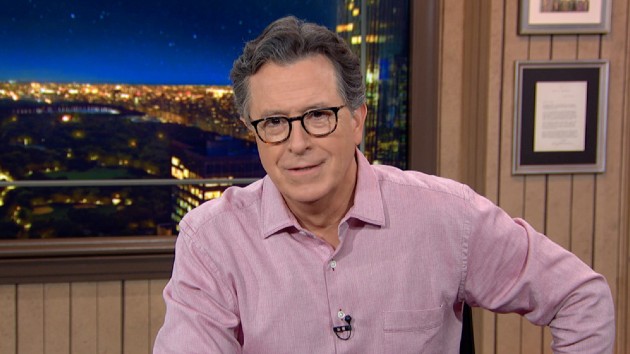 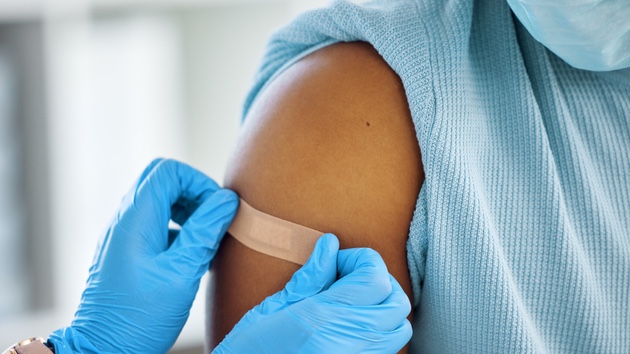